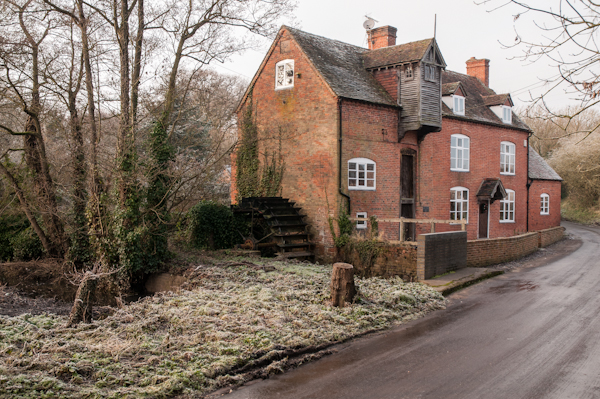 Henwood Mill, Barston, Solihull was constructed in the 18th century and altered in the 19th. It is a Grade II listed building and has since been converted into a private house. The feeder leat  was cut from the River Blythe which crosses Henwood Lane by way of a ford just below the mill.